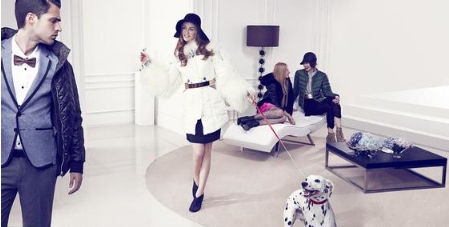 A few days ago, Uniqlo announced that the world's largest and newest flagship store will be opened in Shanghai on September 30th. Uniqlo currently has more than 200 stores in more than 50 cities in China. In the future, Uniqlo will continue to be rooted in the Chinese market and strive to open 80 to 100 stores each year.

More Fun "The more economic downturn, the more generous the development of affordable fashion." This has always been the gold standard of the fashion industry. Uniqlo itself has started its own economic recession in Japan. Today, the downturn in the global economy and the decline in purchasing power do not mean that people do not consume. In order to please those consumer groups whose purchasing power has dropped, they are still picky. Uniqlo has made a significant contribution to this.

First, UNIQLO will open a new store in Huaihai Zhong Road, the most commercial street in Shanghai.

The biggest selling point of Uniqloâ€™s flagship store is to make shopping clothes itself a very fashionable one. You know, when you walk into Uniqlo, there is absolutely no way to introduce and sell your products around the store. Uniqlo promotes self-service shopping. Then how to improve the fun of shopping? In more than 8,000 square meters of new stores, five sets of more than 600 models set up and down to facilitate customers to draw inspiration from models. If you take a look and want to take a comprehensive look at your chosen clothing, you can also use the LCD screens in the store to easily browse through all the products and their effects.

The short-sleeved t-shirt jointly launched by Uniqlo and the designers has become a cultural symbol of fashionistas. The new store will then build the 5th floor into the largest ut store in the world, displaying the popular culture and unique charm of Uniqlo Design t-shirts. In order to celebrate the opening of the new store, Uniqlo launched a special ut series featuring Shanghai.

More diversified For the Fast Retailing Group of Uniqlo, this store is not only the largest global flagship store of the Uniqlo brand, they also have greater ambitions.

During the recession of Japan in which UNIQLO made a fortune, cheap is the pursuit of most people. It is a good medicine for Uniqlo to reduce costs by using rich colors to make up for a single type of defect. However, Uniqlo considers only the basic models, and has not fully considered fashion. This has been criticized by the fashion industry in the Mainland.

It is noteworthy that, in addition to Uniqlo, the fast-selling group's four brands: the younger and cheaper Japanese local fast fashion brand Gu, the French elegant women's wear comptoir des cotonniers, the French romantic aesthetic underwear design brand princesse tam .tam and the Japanese brand plst, which focuses on soft fabrics, will also open stores in the Chinese market for the first time and jointly move into the UNIQLO Shanghai global flagship store.

As a result, a rich brand made up for the lack of a single style of UNIQLO products. The 4 brands that had no reputation in the country have also tested the new stores to see if they can be accepted by Chinese customers.

Although these five celebrities were engaged in different industries, they all made great efforts to achieve some achievements in their respective industries. Uniqlo believes that their spirit is in line with UNIQLO's brand spirit. Adhering to the theme of â€œbest shanghai, Shanghai, new starting pointâ€, they will cooperate with UNIQLOâ€™s global flagship store in Shanghai to collaborate with a series of image advertisements including TV commercials, outdoor advertisements and print advertisements to contribute to the promotion of Uniqloâ€™s Shanghai global flagship store.