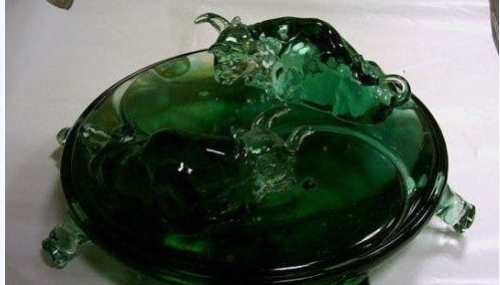 Many of the current glass products are cast from cast molds, so anyway, the "limited editions" still have reproducibility.

Material feeders are also called â€œglasswareâ€ and they can be traced back to the Western Zhou Dynasty. There are different sayings such as â€œJin Linâ€, â€œFire Qiâ€, â€œLiu Liâ€, â€œHao Liâ€, and â€œThe Pearl of the Moonâ€. Archaeologically, it is usually Translucent is called "glass", and transparent is called "glass". It is basically a by-product of bronze casting and is made after refining. During the period of the Wei and Jin dynasties and the Southern and Northern Dynasties, we have used daily necessities and decorations made of glass. In the Song Dynasty, due to the prevailing wind on the fifteenth day of the first month, colorful glass lamps appeared. There were also glazed tiles and glass reliefs on the building. At the same time, there was a transparent glass, which was called â€œglassâ€ at the time. After the Ming dynasty, Beijing's equipment was rapidly developed. During Emperor Kangxi's reign, the emperor's life and labor department set up a royal factory at the Beijing Liulichang to worship the inner court, calling it "the palace material" and "the royal glass".

Feeders are not new to collectors. In the early days, most of Chinaâ€™s feeders were colored balls and bowls, bottles, statues, enamel and other daily necessities. In the late Qing Dynasty, Shandong Boshan Material Artists and Beijing Potters began to draw patterns in pots and pots, which were highly praised. Therefore, in the late Qing Dynasty and early Republic of China, the pots of pots and pans were popular for a while, and they flowed overseas. Many European and American art collectors had sets of Chinese pots. When talking about "glazing," many people may be even more familiar with it. The â€œglazed glass workshopâ€ and other Taiwanese glazed handicraft brands have become popular in the mainland in recent years, and many people have a direct perception of glaze. Unlike contemporary glass art in Taiwan, traditional materials have many differences in terms of both method and material.

Many of the current glass products are cast from cast molds, so anyway, the "limited editions" still have reproducibility. However, the traditional feeder is to silicate and other metal oxides and other raw materials, after high temperature melting, pulling into a variety of material sticks, artists with a variety of color sticks in the light barbecue, to be softened quickly after molding, give full play Glossy, colorful, soft and mysterious features of the glass material. Compared with the glass, the feeder does not have a bottom tire. The production depends entirely on people's experience and craftsmanship. It is improvised in the flame of the torch, and is also called "the sculpture in the fire." The purely hand-made craftsmanship also made his works unique and more valuable.