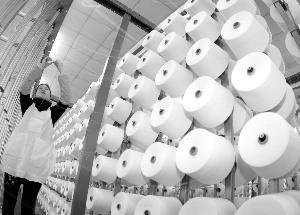 Due to the new natural gas and oil hydraulic fracturing methods and the increase in wage costs in Asiaâ€™s largest economy, manufacturers are considering moving production to the United States, so â€œMade in Chinaâ€ is becoming more and more depressed.

There is more good news for the US textile industry. This trend may continue due to the economic growth. In the third quarter of September 2013, the U.S. economy grew by 2.8%, compared with analysts expecting an increase of 1-2.3%. In addition, this trend indicates that compared with China, the cost of labor and raw materials in the United States remains under control.